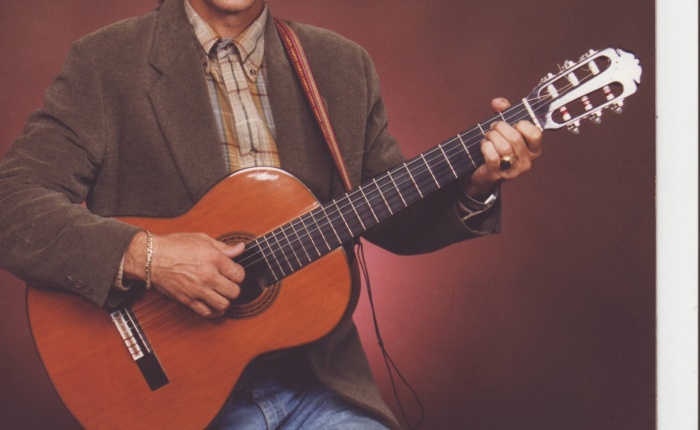 PLEASE SOMEBODY!! STEAL MY SONG!!!

[Ok, you’ve written a song! You feel your lyrics are game-buster gold, and you feel protective, not wanting someone else to grab your glory. Wonderful, read on!]

When I was song writing in the mid 1990’s, I remember brushing shoulders with quite a number of writers concerned someone would steal their song(s). I didn’t understand the paranoia. And so, when it came to my first recording project I diligently sought out industry advice. I grabbed half a dozen reference books from Barnes & Noble and began the arduous task of planning my music album. From them I gleaned the way to success (tongue in cheek).

You see, like most of my contemporaries I was doing an “indie” project. We had amassed a grouping of positive message songs, written across several genres. Since we couldn’t afford the high costs of Nashville recording, we opted for a local studio offering analog recording and digital production.

I wanted everything to be just right. Each of my songs was finalized, kitchen recorded and filed appropriately with the US Copyright office. We joined ASCAP because we felt they were the most fastidious performing arts society to collect our anticipated radio air-play royalties.

I practiced. Then practiced some more. We practiced with the bas player. And practiced some more. When we walked into that studio, we nailed rhythm and bas for half the album in five hours! Later, back-up singers, guest musicians, etc. all made their appearance as things worked like clock-work. There was no waste of time ‘practicing’ during any of the sessions, everyone was prepared.

Back then, almost pre-internet and most certainly pre-digital blowout, you could find radio stations that actually employed one or more PD (program directors), the guys who choose and then arranged the radio air play. I poured over the info in the books we had purchased, scoured information sources at the public library, talked endlessly with others who had done projects, and after amassing a list of radio stations across the United States, we set about contacting them by phone. In many cases we learned the name of the PD or manager. I think this helped.

It occurred early that we needed to know the response to our music. It wasn’t enough to get it to the station, into the PD’s hands. These guys were up to their eyeballs with albums and demos, let alone take time for calls from anxious singer-songwriters. How did we expect them to remember our songs? We included a postage paid response card. They could simply check certain parameters of info, especially the tunes that were in rotation, etc. For all our efforts, we received back about 60%.

All in all, we had solid proof 49 radio stations across 11 states were playing music from my album in rotation! We even had a few overseas stations playing cuts, too! How excited we were to think of the revenue stream being generated by all those radio air-plays! That, my friends, was wishful thinking at best. We never did directly get a dime from ASCAP!

When my publisher telephoned ASCAP to ask what was up, the answers tendered boiled down to, ‘you guys are little fish swimming in a very large bowl.’ We’ll never know if ASCAP had our best interest in mind, we have twice received publisher portion royalty checks for someone else’s tune; $1.72 and $1.55 respectfully! Never cashed, I think I may frame them as mementos of all our efforts.

Now, zoom forward to 2015. The digital age has arrived. Anyone can ‘digitally’ record their music and almost instantly upload it for the world at large. Everyone becomes a music publisher! But without those old radio stations spinning the dics, how is the real money being made?

This new digital industry has fostered a whole new way to aggravate the published singer-songwriter turned recording artist. There’s money to be had, but for many of us such success is as illusive as water passing through a sieve! Plenty of outfits will act as distributors of your music, both hard copy and digital. We utilize CD Baby. Simply pay a fee, fill in the form blanks, and send them copies of your CD’s. They’ll create your page, list your albums, even digitalize individual songs and resell singles/albums in MP3 format, too. Plus, they distribute to ‘third-party’ partners like iTunes, Amazon, etc. who will sell your stuff, and you get daily, up to the minute sales data in your reported income section. Sounds great, doesn’t it?

Within the parameters of the contract, CD Baby also distributes to partners, not necessarily doing retail sales. These are those ever burgeoning internet radio / music services that charge members a modest monthly premium for unlimited access to their catalogue. People then listen via their iPad, iPhone or tablet as the music ‘streams’ unendingly and merrily along. For every stream of your song you are entitled to remuneration. And that’s the catch.

One of my albums, KasihNya Yang Sejati, I did in the Indonesian language, and I get some interest out in that neck of the woods. On a recent report for October, I was elated to add up all the stream reports and computed one particular song had garnered 482 streams, and I received about 8 cents total. I did some quick calculations and figured I’d need somewhere around 6,250,000 streams before I made my first thousand bucks!

Snooping around YouTube, I found someone’s home video utilized one of my songs! Today, YouTube has a new music venue and I recently found all my songs up there! I guess if you stream one of my songs there, I’ll get .0000512 cents, too!

The best advice I can give you is publish your music any way you can, get the material out there. Then HOPE someone STEALS your song! They are doing it any way. Let them become rich and famous with it, than sue their butt for all its worth!

Submitted to Fort Worth Songwriter’s Association newsletter, Oct, 2015, published. For a gander of my music please visit http://www.cdbaby.com/artist/theodoreahenningii